Q. We need a recycling bin for coffee cups in Martyrs! 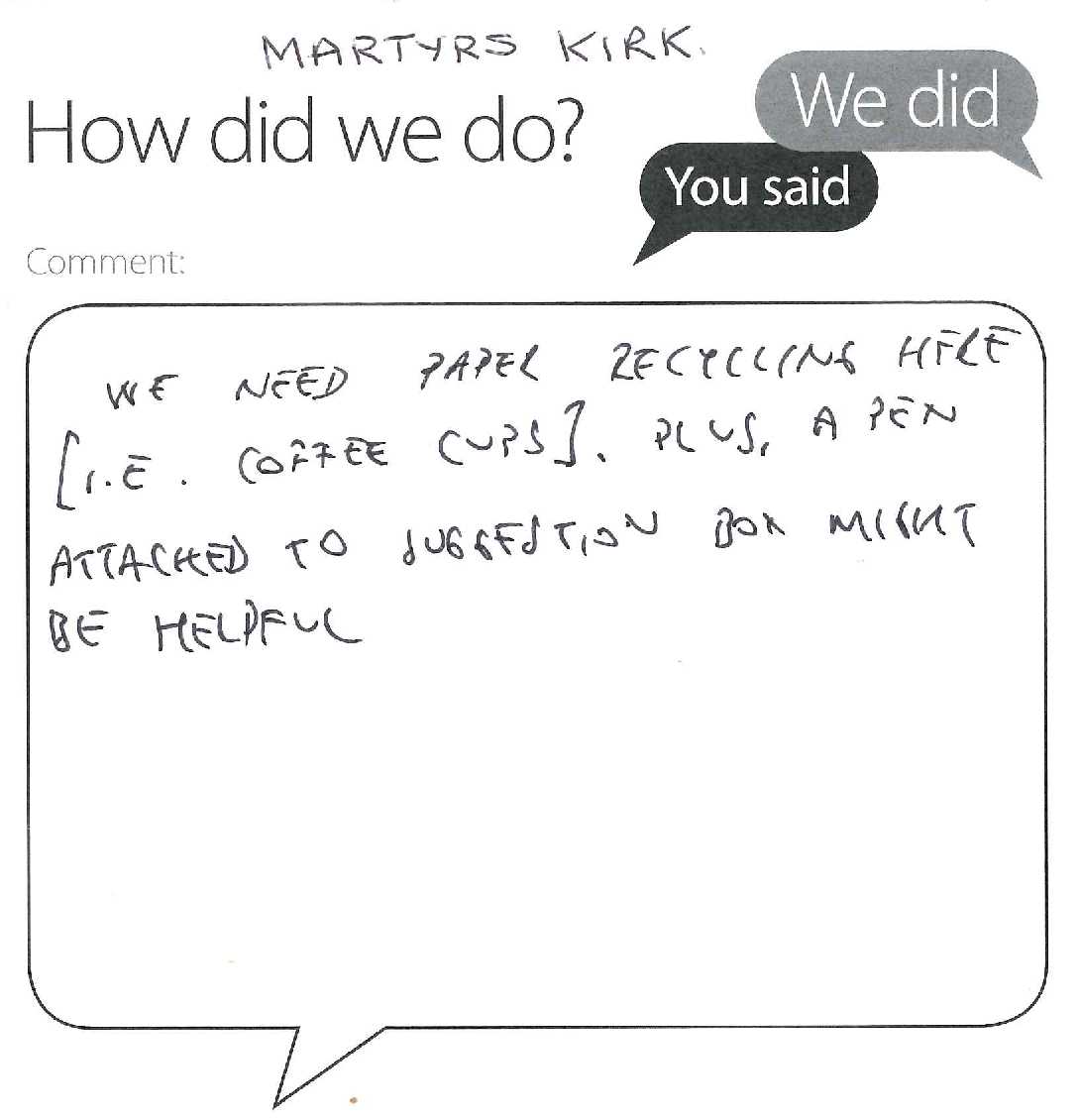 Thanks for taking the time to complete a Library You Said/We Did card last week.

We do have a general paper recycling bin in the PC area of Martyrs but this isn’t suitable for coffee cups.  We do have coffee cup recycling bins in the Main Library but I have just been advised by the University’s Environment team that cups being put in these bins are apparently no longer being recycled.  The issue, as I understand it, is that we have been unable to find a company which will be able to recycle these cups.

Part of the difficulty is the wax-based coating that is used for the inside of disposable coffee cups.  I’m pretty sure they were being recycled at one point – hence why we originally put coffee cup bins in the Main Library - but that’s no longer the case.  I’ve asked Environment team colleagues for some more detail on this point.

So even if we were to put a coffee cup recycling bin in Martyrs, the waste would still go to landfill.  Once we are definitely able to recycle cups again, we’ll make sure we put a cup bin in Martyrs.

On your second point, I'm afraid we have tried to put pens on suggestion boxes in the past but they were constantly being removed by users so we stopped doing it.  Thanks for completing a card anyway!