Q. Please do something about tailgating in Martyrs 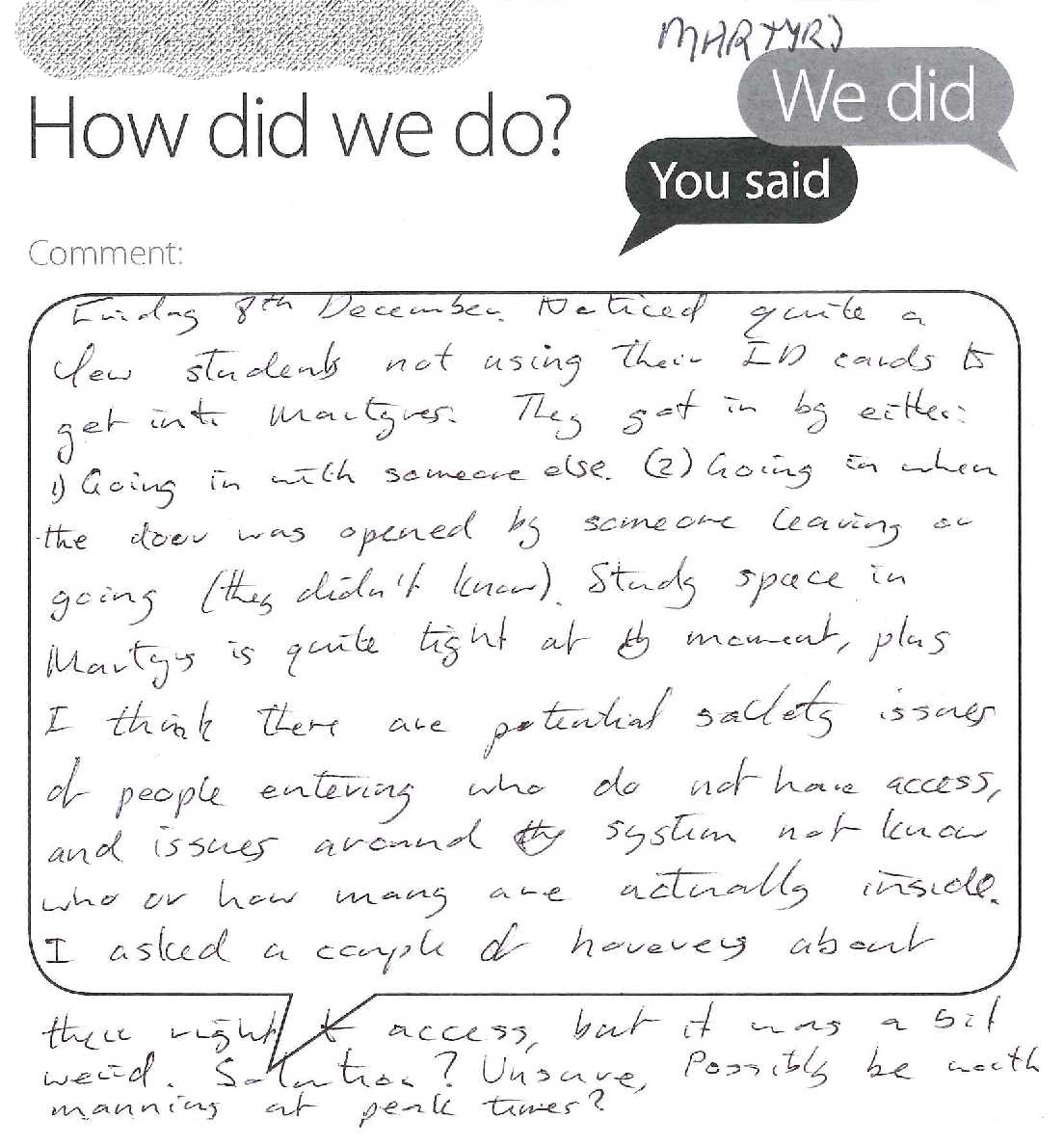 Thanks for your feedback.  Your points are very well made although we have been aware of them for some time.

As I'm sure you'll appreciate, the design of the building is such that it is simply too small to provide an access control system (one in one out) like the one we have in the Main Library.  It is also too small to have a member of staff stationed at the entrance.  Therefore, there is very little we can do about people coming in together and also holding the door for others which most people will of course simply do out of courtesy.

However, when we have become aware in the past of students without permission gaining access, we have taken disciplinary action against the students concerned, including any PGs who were facilitating access for others (e.g. UGs).

Since we opened Martyrs up to PGTs on a full time basis in September, the facility is obviously much busier than it was.  As such, we've noticed an increase in "seat hogging" this semester, whereby certain users are leaving their belongings for long periods of time while they leave the building.  Apart from the very obvious risk of having their possessions stolen, such users are depriving others of a space.

We intend to introduce a system of greater intervention at some point next semester, similar to what we have done at St Mary's College Library this year.  This would involve monitor of unattended desks and their removal by Library staff in order to free up the desk.  Belongings would be boxed up and left to the side of the room for returning owners to collect.

We also hope to provide more of a staff presence in the reading room from time to time.  I should however add that even with someone stationed at the main desk inside the Thomson Room, it will not prevent tailgating altogether.