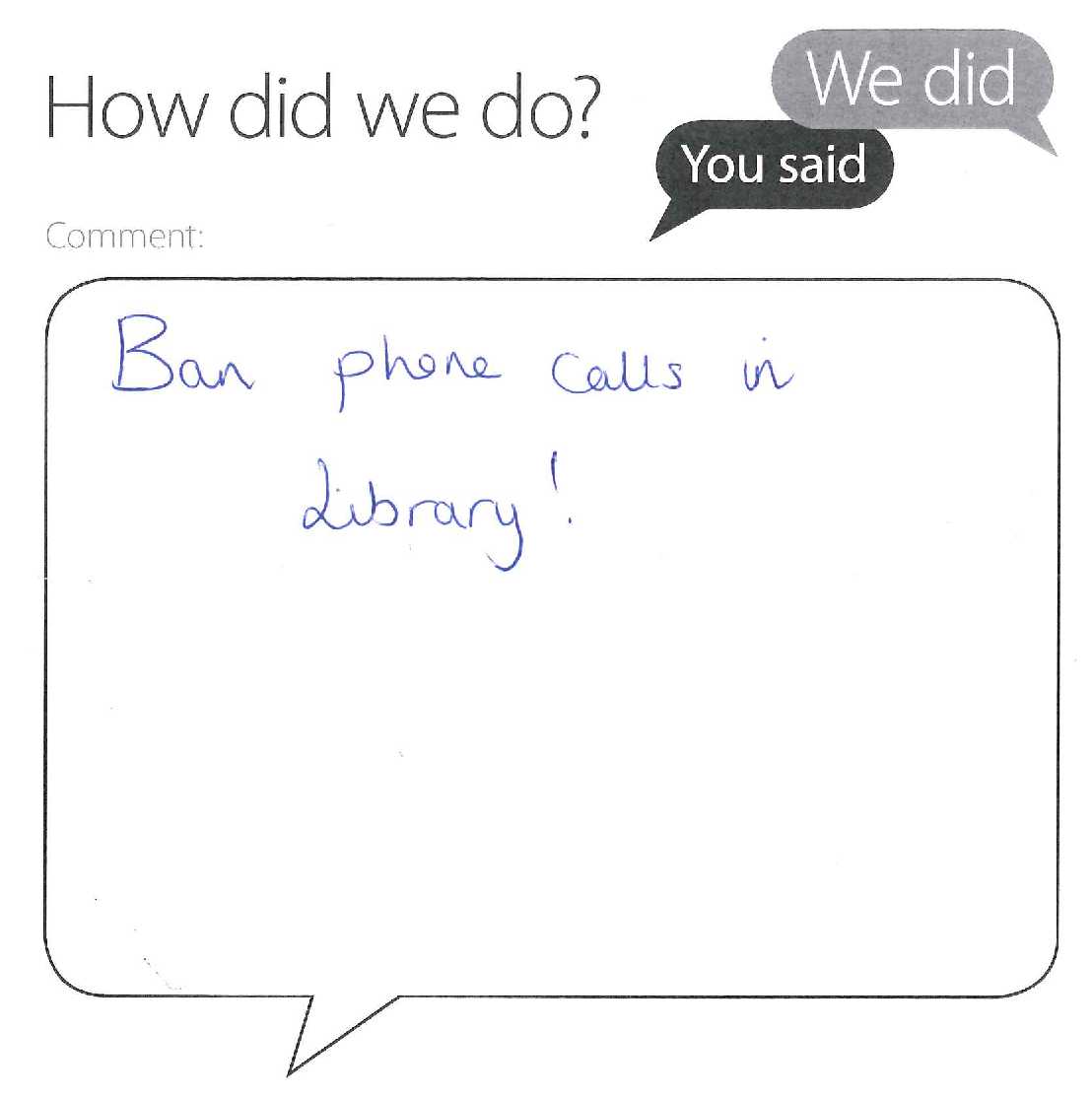 Thanks for taking the time to complete a Library feedback card at the weekend.

We started allowing users to make and receive phone calls on the ground floor (Level 2) in 2010 so it has been a rule we’ve had for quite a while.  We believe allowing for phone calls along with other conversations on this floor strikes the right balance with the rest of the building where talking isn’t allowed.

As you know, some users do try to take calls and have face to face chats on the stairwell but we actively discourage this through prominent signage and Library staff intervention when we come across conversations in this area.

Yours is the first specific request we’ve had in some time asking for this regulation change so that doesn’t suggest that many other people would also like to see phone calls banned.  Indeed, I’ve got another comments card on my desk from someone else who thinks we should have more designated talking spaces – we won’t be doing that.  However, this simply illustrates that it’s often tricky to find a happy medium between competing demands and preferences but I feel the current arrangements for phone calls are about right.

If you’d like to provide more detailed feedback on this and a range of other aspects of our service, we have just launched an online survey at https://standrews.onlinesurveys.ac.uk/library-satisfaction-2018 which runs for a month.