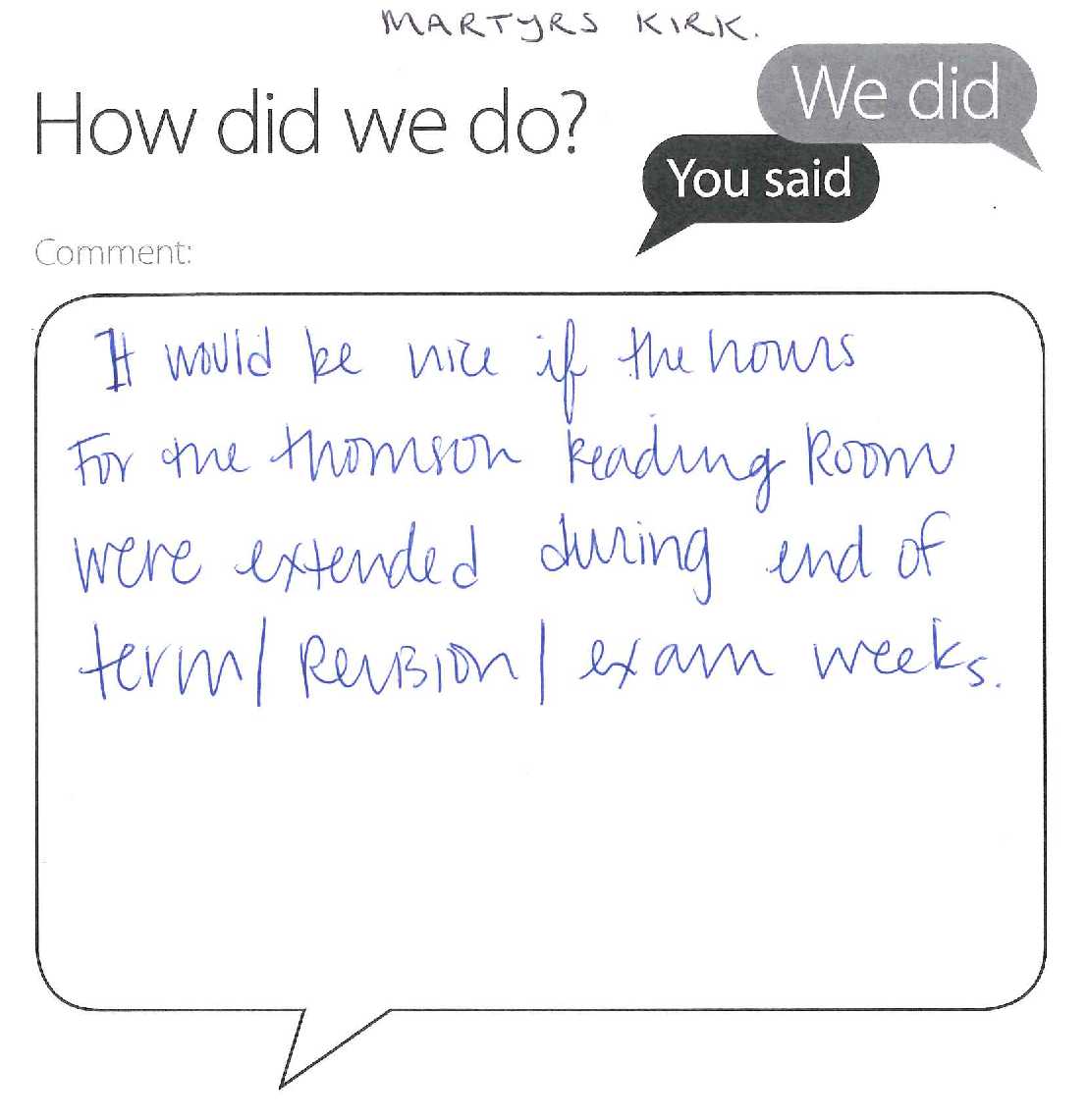 Thanks for your recent feedback about the opening hours at Martyrs Kirk.

Our opening hours are based on various factors but mostly past experience.  As this is the first year we have opened Martyrs’ Thomson Room to all PGTs and PGRs on a full time basis, we are only now getting an idea of how it is being used during the second semester exam diet.

What I can say is that the usage during December’s revision and exam period was not such that we felt further extension of the opening hours was necessary in May.   For example in December the peak number of people we observed in the reading room between 9am and 10am was 16 and the lowest number was 3.  After 8pm the highest number of people observed in the reading room was 19.  After 10pm this peak figure dropped to 16 and further to 10 people between 11pm and midnight.

We therefore don’t plan to increase the hours further this month but will certainly reflect on the data we gather and this in time may influence a change next year.