Q. Could you staff silent areas to help enforce the rule? 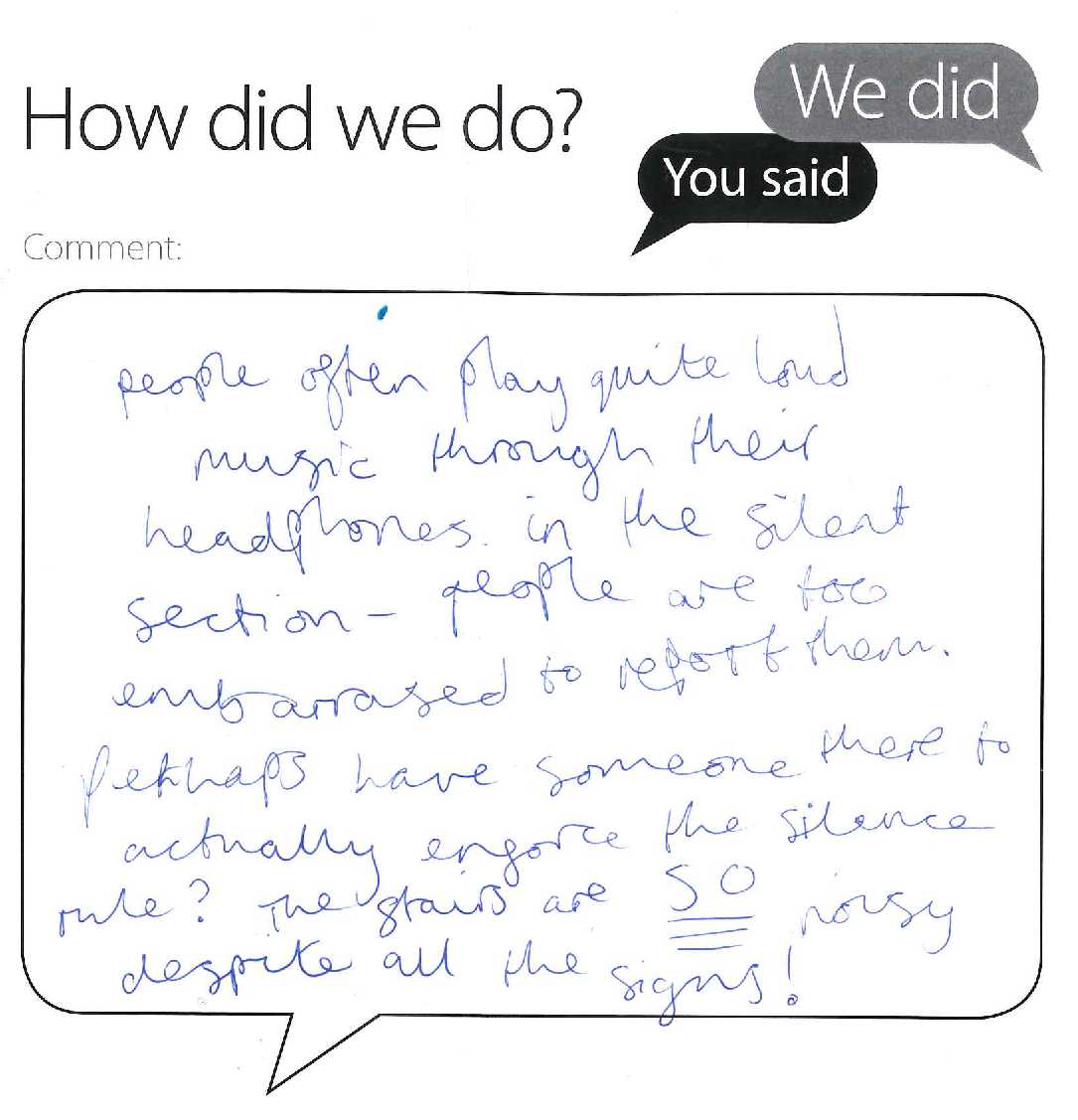 Thanks for completing a Library You Said We Did card yesterday.

We do of course try to patrol the silent parts of the library as regularly as possible and, where our staff encounter behavioural rules being infringed, they will intervene.  Obviously in a building of more than a thousand study spaces spread across 3 levels, open 18 hours a day 7 days a week, we can’t be everywhere at all times.

We have our “Annoyed by Noise” text alert service which you are welcome to use.  We specifically introduced it several years ago in direct response to enquiries such as your own.  It allows students to discreetly report a problem as and when it’s happening and to give us precise location information.  That way we can intervene directly but without individuals reporting problems, there is a limit to what we can do.

I agree about the stairs.  Despite the prominent signs asking for silence, not to take phone calls or to linger having conversations with friends, it’s a constant occurrence.  Part of the issue with the stairs is that we only have one stairwell for students so it gets very congested and some users seem to regard it is a noisier space like Level 2 as opposed to the silent area that it’s supposed to be.  The stairwell also positioned in close proximity to where silent study seats are, so noise travels easily into these areas.  This is why we try to enforce the silence rule on the stairs but such congestion is challenging to tackled in a building that is so limited in size.

As I’ve said, we do intervene when we see problems but we have no control over the lack of consideration some users show for their fellow Library residents, frustrating as it is for us and those users being disturbed.

Thanks again for your feedback.